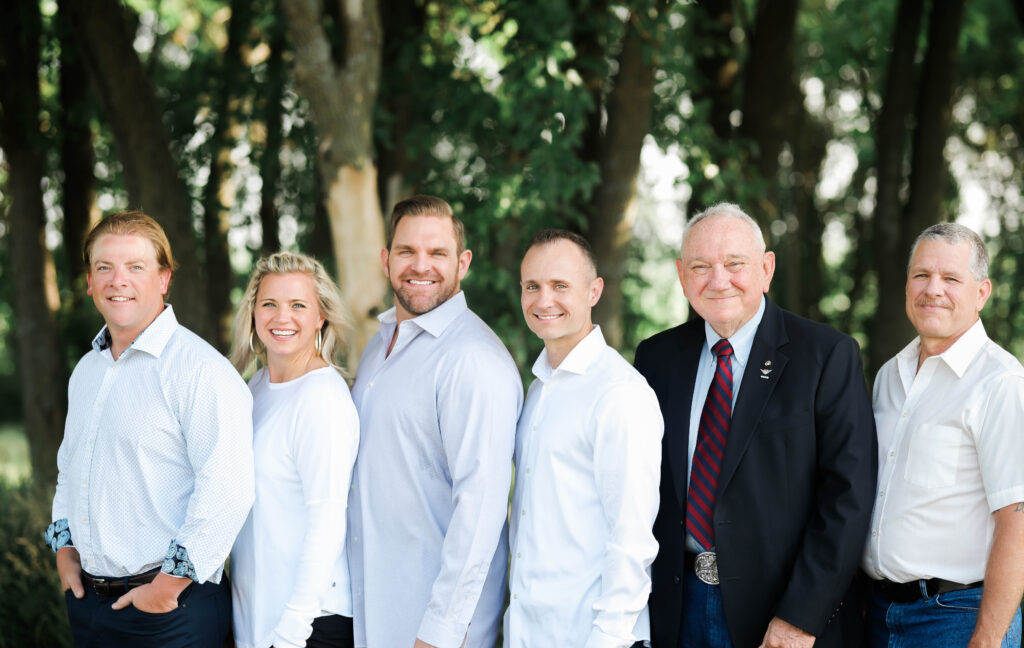 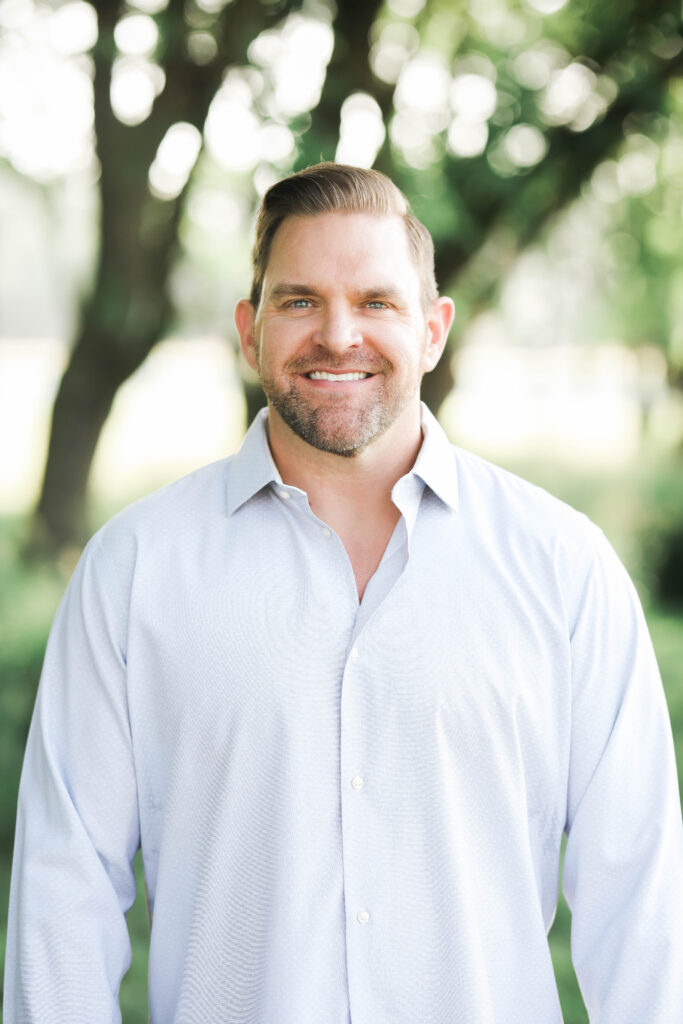 Founder/President – Board of Directors

After being deeply affected by the events of September 11th, Jesse Sage enlisted in the US Army as an Infantryman in the 101st Airborne Division. After 2 deployments to Iraq as an Infantryman in the Scout Recon/Sniper Platoon, Jesse went to Ranger Selection and Assessment (RASP). Jesse was selected and served in 3rd Ranger Battalion for 8 deploys to Iraq and Afghanistan, with over 600 Joint Special Operations (JSCO) and conventional missions in 10 years. Jesse is a two-time Purple Heart recipient and was awarded a Bronze Star, among other awards for outstanding performance and professionalism during his service. Jesse suffered multiple injuries, the worst being 2 traumatic brain injuries (TBI). After suffering his 2nd TBI in 2014, he spent almost a year in recovery, and he was medically retired. Jesse has a Bachelor of Science in Multidisciplinary Studies from Grantham University and his currently working towards his MBA with a concentration in Project Management, from his alma mater.

Jesse currently lives in Ankeny, IA with his girlfriend Elisabeth. He is rebuilding his relationship with his 2 children, Matt and Molly. He loves competing in CrossFit events, and is currently training for his first half marathon. Please see Founder’s Story, for Jesse’s entire road to recovery, his Whole Health Script, and the story how Wounded Heroes was created. 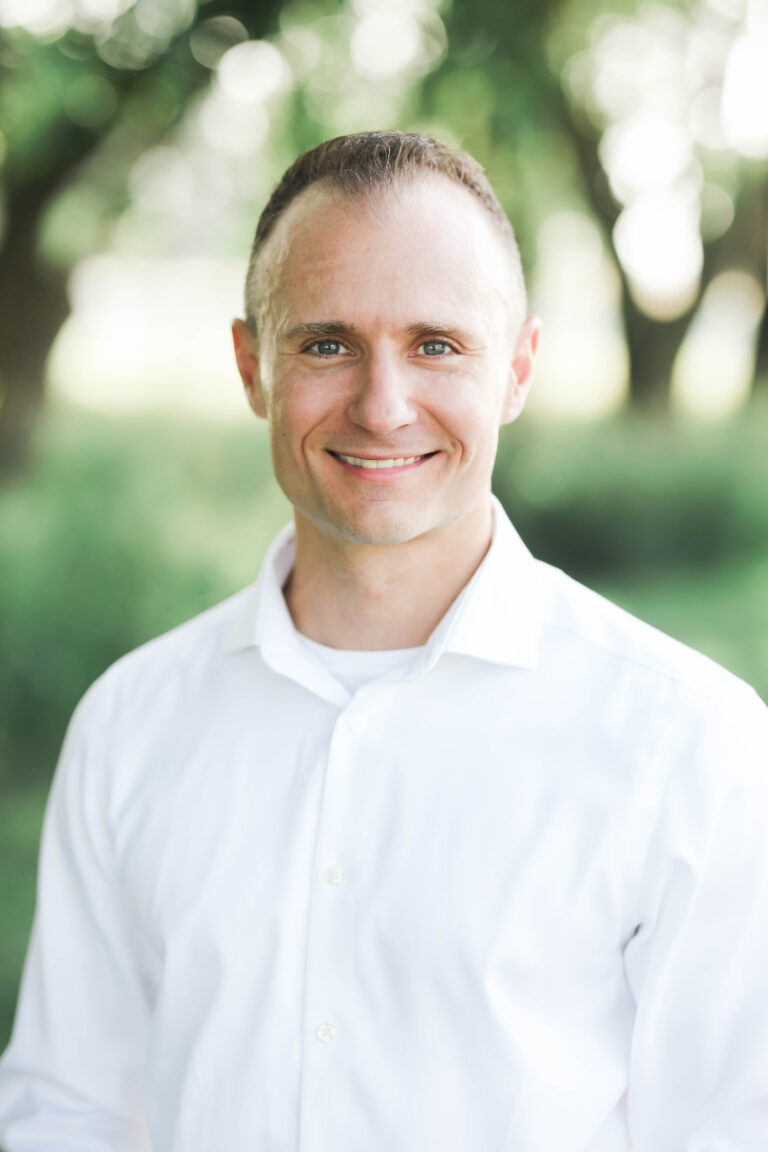 Vice President – Board of Directors

Tyler Matheny is Product Director for Group Benefits at Principal Financial Group.  In this role, Tyler sets the strategic direction for all of Principal’s group insurance products with responsibility for product development, product management, financial performance, and establishment of advocacy policies.  In addition, Tyler represents Principal through numerous trade associations and industry committees.  He has over 20 years’ experience in the group insurance industry with experience in administration, underwriting, and product management.  Tyler holds his B.S. in Business and M.B.A. from Upper Iowa University.

Tyler met Jesse Sage at North Ankeny CrossFit in 2018.  After partnering together on a workout, the two became fast friends.  At the time Tyler was dealing with the sudden loss of a lifelong friend due to colon cancer.  During this time Tyler learned more about Jesse’s story as a disabled combat veteran and retired Army Ranger.  As Tyler and Jesse became closer and shared their experiences, he saw the significant impact the relationship had on the lives of both men.  Through this process Tyler developed a passion for helping other veterans as well.  In 2020, Jesse honored Tyler with a seat on the Board of Directors for Wounded Heroes where they’ll work to positively impact the lives of more veterans.

Tyler lives in Ankeny, IA with his wife Tiffany, daughter Camryn, son Gavin, and their Australian Shephard Enzo.  They enjoy going to their kids’ activities, traveling, and working out as a family at North Ankeny CrossFit with several close friends. 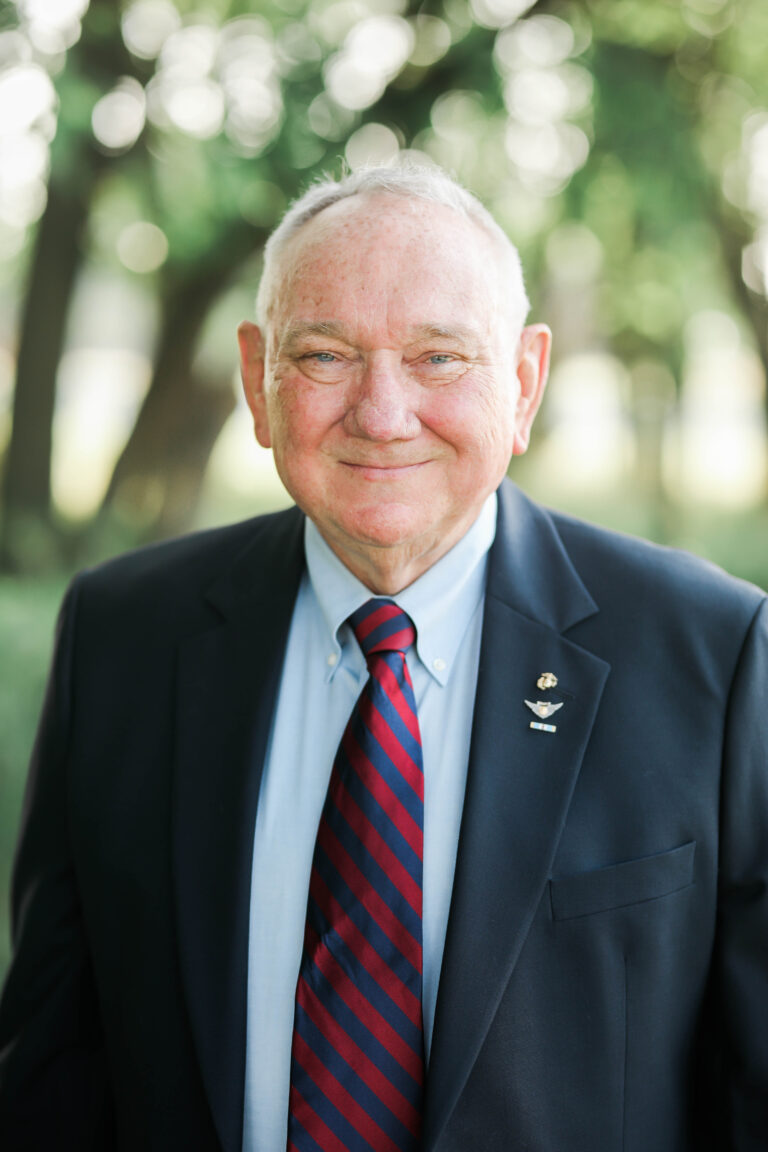 Treasurer – Board of Directors

Colonel (Retired) William “Bill” Simmons served in the United States Military for forty years, on active and reserve duty with the United States Marine Corps and the United States Army. Bill is an enlisted combat Vietnam Veteran. Bill’s second career was in civilian law enforcement, and he was a police officer for 17 years, with a final rank of Police Chief. Bill’s third and current career is that of a seasoned tax professional, with over thirty years of on hands tax accounting and tax preparation experience, serving in various positions over 20 years with the IRS.

Bill served for four years on active duty with the Marine Corps. He was deployed to Vietnam, where he volunteered to serve as a helicopter gunner on a CH-46 Sea Knight, with First Marine Airwing, Marine Air Group 36, Helicopter Marine Medium Squadron 165.  Upon discharge from active duty he would serve two more years in the Marine Corps Reserve.   After graduating from California State University, Fullerton, with a degree in Criminal Justice Administration and Accounting, he was awarded a commission in the United States Army Reserve and served for almost 34 years. While serving in the Marine Corps Reserve, going to college and obtaining a commission in the US Army Reserve, he spent seventeen years working in law enforcement in various positions.

In 1986, he started a new full-time career, while still serving in the US Army Reserve, as a Tax Examiner with the Internal Revenue Services in Kansas City, MS.  It is here where he began his journey in learning about the administration of the U.S. Tax Code.  His last position with the IRS was a Financial Tax Administration Analyst, where he obtained a vast knowledge of the IRS and the tax system.

In 2004, he was called to active duty with the United States Army to support combat operations in Iraq, Afghanistan and Africa.  Bill received orders from the Secretary of Defense to report to active service to Joint Forces Command in Norfolk, VA as the Deputy Chief of Staff of Joint Force Headquarters. He commanded a cadre of fifty-four highly skilled officers and senior enlisted service members from all services in the fields of operations, plans, security, intelligent, Psyops, IT, and Logistics. The mission was to become a force multiplier in the standing up of a Joint Task Force in a combat theater of operations, supporting combat operations in Iraq, Afghanistan and Djibouti by standing up Task Force Troy and Paladin in the fight against IED’s. Out of those task forces, came the up armored technology that saved thousands of service members going forward.

In 2007, he retired from the IRS, and from the military, with the rank of Colonel.  He then purchased a Liberty Tax Franchise and became the most successful franchise in his market area.  After three years he sold his tax business because he felt that the brick and mortar tax practices fail to provide the individual services that are needed to meet each client’s needs.  In 2010, Bill formed Sage Systems, LLC an Accounting and Tax Preparation Service to assist individuals and small business with their accounting and tax preparation needs.

Today, Bill lives in Ankeny, IA with his lovely wife of 52 years Sue Sage Simmons and their dog Mitzi. He has two daughters, 7 grandchildren, and 4 great-grandchildren. Jesse’s father and Sue are first cousins. When Sue and Bill moved to Ankeny in 2019, Bill reached out to Jesse, and they instantly established a connection. When Bill heard Jesse was starting a Veterans’ non-profit, he graciously offered his tax services to the organization. 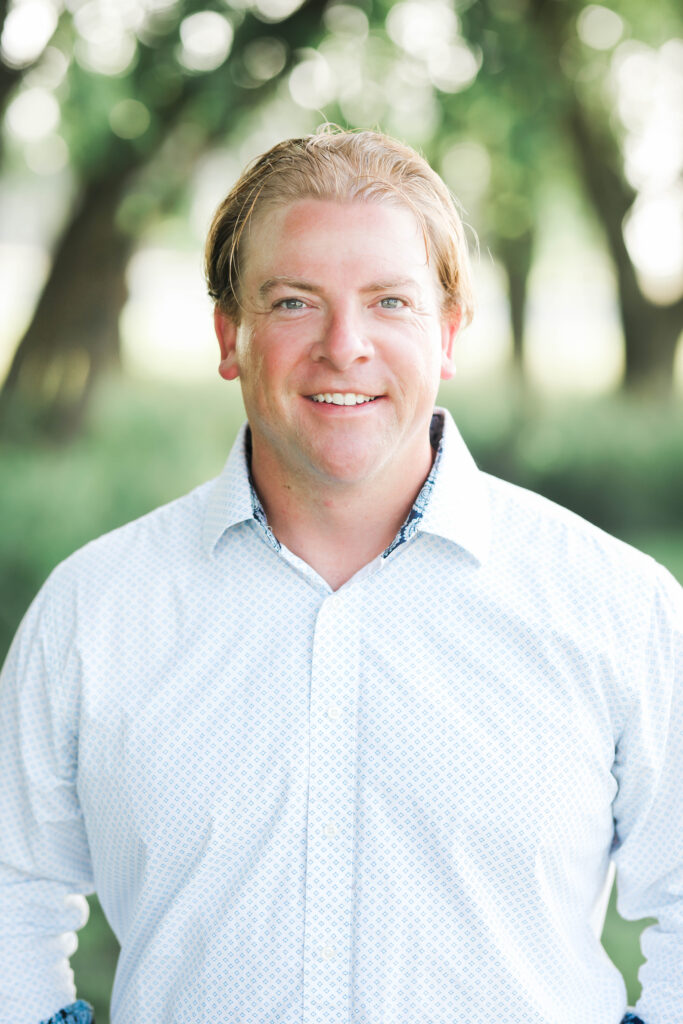 Jack Pennington is a shareholder attorney of Simpson, Jensen, Abels, Fischer & Bouslog, P.C. Jack has been practicing law for 17 years. He primarily practices in business law, transactions and within the firm’s litigation department. Jack handles all types of business transactions from startups to complex business transactions. Jack’s litigation experience includes, but is not limited to commercial/business litigation, general complex litigation, contract and business tort claims, debtor/creditor, banking, employment and labor law, workers’ compensation, personal injury, wrongful death, real estate, construction, family law, and appeals. Jack practices before both the Iowa state and federal courts. Jack was born in Ankeny, Iowa and received his B.A. in Finance from the University of Iowa in 2000, followed by his J.D. and M.S. degrees from Creighton University in 2003.

Jack has been a member at North Ankeny CrossFit since 2013. Jack met Jesse Sage at North Ankeny CrossFit in late 2018, just after Jack lost his mother to cancer. Jesse’s open personality and kindness sparked a great friendship between the two. Jack learned more about Jesse’s past as their friendship developed. Their bond was strengthened as Jack’s father is a Veteran and former Navy Seal. Jack also has several close friends and clients that are Veterans, some that served in special forces, like Jesse. Given these commonalities Jack and Jesse’s relationship has continued to grow. Jack has a sincere desire to help all Veterans that have served our great country and is honored to serve on the board for Wounded Heroes.

Jack lives in Ankeny, IA with wife Pascale, daughter Alanna, and sons Beau and Dylan. In his free time, Jack enjoys spending time with his family, working out at North Ankeny CrossFit, playing and coaching hockey, golf, football, hunting, and cheering on the Chicago Blackhawks and Iowa Hawkeyes. 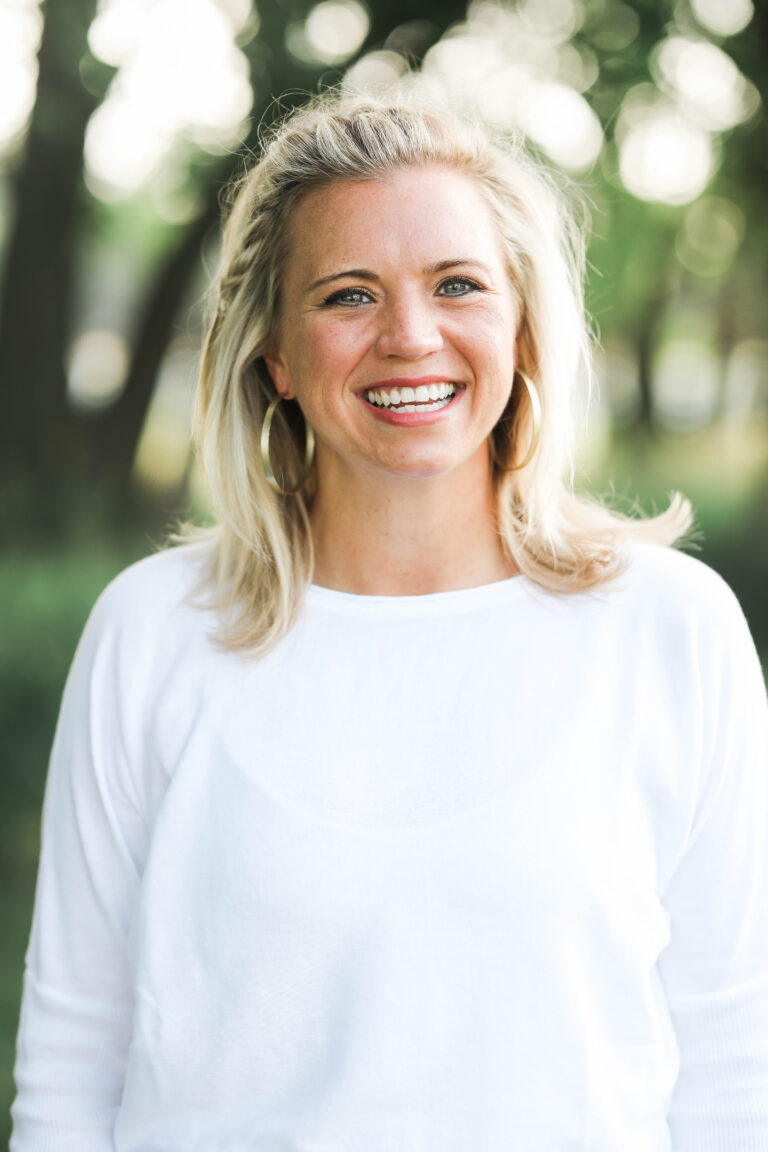 Marketing & Social Networking – Board of Directors

Elisabeth Bradshaw has been a high performing member of the Finance Team at Hitachi Vantara LLC for the past 13 years in the information technology and services industry. In her current role she supports the Financial Planning & Analysis team, as well as the Americas Managed Services team. She spent the previous 2 years as a Revenue Recognition Manager supporting the Sales, Sales Operations and Commercial Operations teams, analyzing and determining the revenue recognition position for transactions. She has 10 years experience as a Deal Support Analyst, demonstrating her strength of revenue analysis, contract negotiation, deal structure, data analysis, and document review. Elisabeth holds a B.S. in Commerce and Business Administration, with Honors from the University of Illinois at Urbana-Champaign.

Elisabeth’s strengths are her extremely outgoing personality, her ability to be vulnerable, and her talent in inspiring those around her with her naturally positive attitude. She thrives in an environment where she is helping people be the best versions of themselves.

Elisabeth met Jesse Sage while she was living in Chicago and he was visiting for work with the Wounded Heroes Kentucky chapter. They had an immediate connection and Elisabeth knew that Jesse had a story that needed to be told. Jesse was drawn to Elisabeth’s ability to share her own struggles and how she overcame them – battling an eating disorder, a physically abusive relationship, the death of her father, anxiety and depression, and eventually divorce.

Elisabeth spent the past 5 years on a journey to create the life she wanted to live, and Jesse was the next chapter.

Elisabeth moved to Ankeny, IA in January 2020 to be with Jesse and create Wounded Heroes. She enjoys running, playing volleyball, spending time with her niece and nephews, cooking, and now working out at North Ankeny CrossFit! 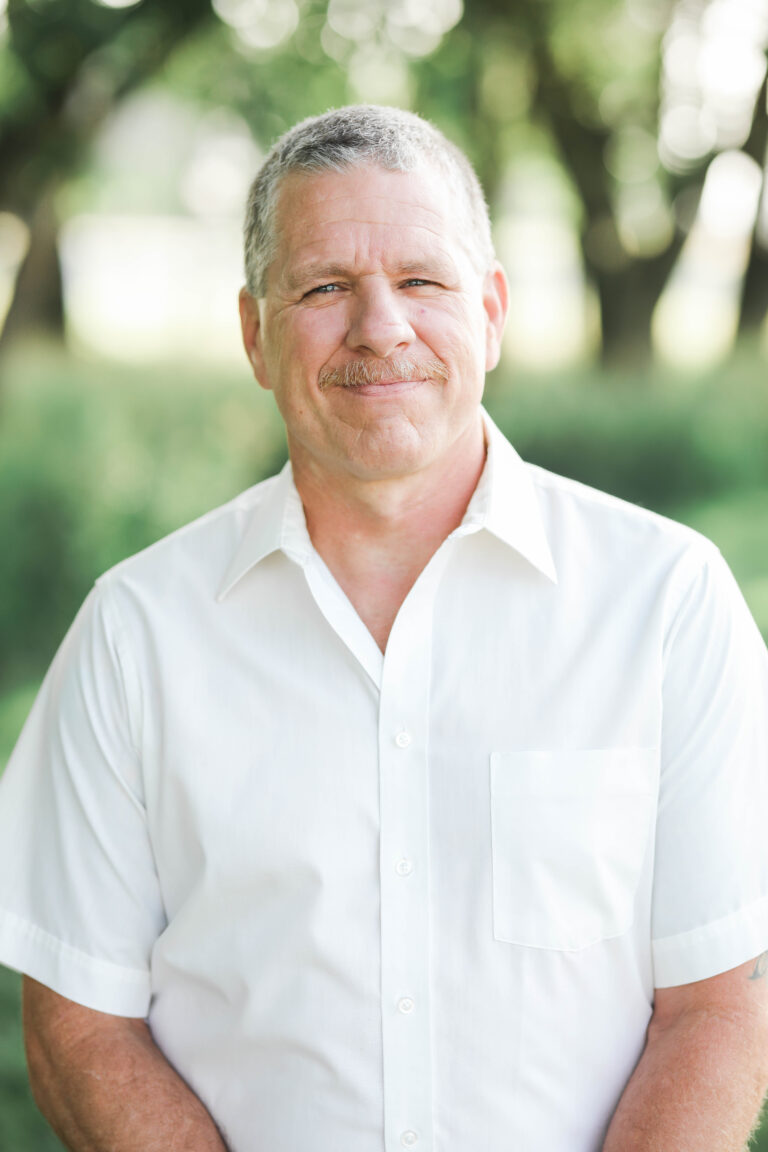 Reboot Recovery – Board of Advisors

Larry Sigmund grew up in Elkhart, IA and served his country for 12 years in the Army and Army National Guard. He joined the Army in 1986 and was deployed to the Persian Gulf during Desert Storm from December 1990 thru June 1991. He was honorably discharged in 2000.

Following his career in the military, Larry had a successful career for 10 years a Journeyman lineman – building, maintaining, and reconstructing high voltage power lines and distribution lines. He worked on many storm and hurricane restoration projects.

Throughout this time, Larry struggled with substance abuse due to both his war and childhood traumas. He realized that something needed to change and started a journey to heal from these traumas. Larry has undergone countless hours of therapy – CBT, CPT, DBT, ACT, PE, EMDR, IFS, magna therapy, men’s recovery, and group talk therapy. He successfully completed a 57 day impatient substance abuse/PTSD program at the Des Moines VA Domiciliary.

Larry met Jesse Sage in a PTSD support group at the VA called Seeking Safety. They continued to see each other weekly and the two found commonality in their traumas, developing a bond. On his 50th birthday Larry joined ValorFit with the encouragement of Jesse. He began working out at North Ankeny CrossFit, and with the excellent coaching of Garrett Starr, he made vast gains. He gave up sweet tea, soda, drugs, and smoking. Larry then successfully attended the Save A Warrior (SAW) program, a 6 day program designed to help Veterans and First Responders with multiple complex PTSD. When Jesse asked Larry to Co-Lead REBOOT Recovery, he jumped at the opportunity to help other struggling Veterans. Larry loves to mentor others in need.

Larry has been married to his wife Kay for 25 years. He has 2 daughters, a son, and 3 grandkids!