After being deeply affected by the events of September 11th, Jesse Sage enlisted in the US Army as an Infantryman in the 101st Airborne Division. After 2 deployments to Iraq as an Infantryman in the Scout Recon/Sniper Platoon, Jesse went to Ranger Selection and Assessment (RASP). Jesse was selected and served in 3rd Ranger Battalion for 8 deploys to Iraq and Afghanistan, with over 600 Joint Special Operations (JSOC) and conventional missions in 10 years. Jesse is a two-time Purple Heart recipient and was awarded a Bronze Star, among other awards for outstanding performance and professionalism during his service. Jesse suffered multiple injuries, the worst being 2 traumatic brain injuries (TBI). After suffering his 2nd TBI in 2014, he spent almost a year in recovery, and his military career was over.

After being medically retired in 2014, Jesse struggled with bad coping techniques and addiction. He spent the next 3 years using alcohol and abusing prescription drugs to cope with debilitating migraines, vertigo symptoms, seizures, anxiety, depression, PTSD, untold moral injuries, and the countless loss of many brothers in arms. Jesse had no idea how to adapt to civilian life after a decade of living as an elite warrior who was trained to completely ignore physical and emotional pain. His first year out of the military, Jesse experienced 5 significant losses: career, health, marriage, family, and friends. Post retirement, while working in the defense industry as a Project Manager in test and evaluations of small arms, he had 3 blackouts and 2 seizures. He was forced to take a medical leave of absence. He lost 50% of his income. Shortly after that he was divorced. He had no relationship with his two children. He no longer had the support and connection with his fellow Rangers, the only people that he felt understood what he had been through.

In October 2016, Jesse was arrested and convicted for public intoxication. He quit drinking for almost a year, but it didn’t stick. In 2017 he realized he needed help with PTSD & substance abuse. He moved back to Iowa to be closer to friends and family. He started to regain trust, so he told a select few that he needed help and wanted an intervention. He checked himself into the VA for inpatient treatment and decided to be vulnerable and tell the providers what he was struggling with. That decision turned into a focused outpatient protocol of daily treatments and therapies. His health become his number one goal.

Things were going well for a while. He was in the middle of six different modalities of therapy – Dialectic Behavior Therapy (DBT), 1:1 talk therapy, healthy relationships group, men’s recovery group, seeking safety PTSD group, and cognitive sleep therapy. It was recommended that he start Cognitive Processing Therapy (CPT) to address his complex PTSD. CPT requires daily work and writing about trauma, on top of weekly appointments with the psychiatrist. As Jesse was struggling to process the war trauma, he discovered childhood trauma that he had repressed for years. The negative memories were highly activating, and Jesse fell of the wagon again. He did not have the right support at the time to deal with all of this.

In 2018 he got into a verbal altercation while drinking. He was arrested and convicted of verbal assault. He hit rock bottom. He knew something needed to change. He spent two weeks in a mental health facility looking inward and assessing his life problems post military. There was one common denominator in all of his points of conflict – alcohol. He was powerless over it. He made the final decision to give up alcohol forever, along with anything else that was not helping in his recovery.

Adding to my Health Script

In 2018, Jesse doubled down on outpatient therapy and leaned into the sharp edges. He got involved with a Veterans non-profit called ValorFit, and added CrossFit, yoga, and other bottom up therapies into his protocol. Jesse did not have many civilian friendships since joining the Army. He was now starting to create bonds with civilians at the gym, and it felt good. Jesse was struggling with finding the right alliance with a therapist at the VA. Two of his group therapies were led by Scott Wright. Scott is former Veteran, who had been sober for 25+ years. He became an accountant after leaving the service. Years later he felt a strong desire to help other Veterans struggling with addiction and trauma – service related and childhood. He went back to school to get his Masters, became a Licensed Independent Social Worker (LISW), who specializes in substance use disorder and PTSD. Jesse approached Scott, and explained his frustrations with CPT, and not being able to move past some of his trauma. Scott helped Jesse to understand that there are all sorts of therapy, and not one works for everyone. Jesse trusted Scott and asked him to become his personal therapist. The two developed a therapeutic alliance and Jesse went on to do hundreds of hours of talk therapy and Eye Movement Desensitization and Reprocessing (EMDR), which was an incredibly successful therapy for Jesse.

Jesse learned in his therapies that connection is pivotal for all humans. He started to make new friends and practice vulnerability. He walked away from old negative relationships and anyone not willing to be supportive of his new life choices. Jesse was introduced to Chuck Reed, the Founder and President of Kentucky Wounded Heroes (KyWH). Jesse joined KyWH for two fishing trips to Alaska and Lake Erie, to connect with other Veterans and First Responders. Chuck and Jesse started discussions around Jesse’s purpose post military, and Chuck encouraged Jesse to open a Wounded Heroes chapter in Iowa to continuing serving his brothers and country.

The start of Wounded Heroes

In 2019, Jesse was traveling to Chicago monthly to meet with the Kentucky Wounded Heroes board of directors, and he met a woman name Elisabeth Bradshaw. Elisabeth was a Chicago native, who had been on a similar journey of reinventing her life the past several years, and they instantly connected. He shared with her his plans for a future Wounded Heroes chapter in Iowa, and she shared her desire to give back, serve and help those that she could. She happily agreed to support him with her outgoing and positive talents. She helped him to gain the courage to openly and publicly start sharing his story. This was terrifying at first, as it felt completely foreign to be vulnerable with strangers. To actively put the worst version of Jesse out for the world to see, and possibly judge. But Jesse quickly saw the reactions to his words, the effect he was having from sharing, and he couldn’t deny that more openness was needed in the world.

Jesse spent a great deal of time pondering where to begin. He was getting the physical bottom up therapies thru CrossFit, chiropractic care, acupuncture, yoga, and massage. He was getting connection with hunting and fishing thru KyWH trips. He was getting top down therapies at the VA and with Scott. All these things weaved together he was now calling his Whole Health Script. He quickly established that he needed to stay on this daily script, and if he veers off this script for more than 4-5 days he starts to fragment.

While Elisabeth and Jesse grew closer, she noticed that Jesse had sleep, energy, and digestive issues. She was currently on a 2-year health journey to heal her gut and was seeing a Board-Certified Functional Medicine doctor in Chicago. She encouraged Jesse to seek a functional medicine doctor to determine what was causing his exhaustion. Jesse discovered that he had several food allergies causing inflammation in his body. He also had a candida fungal infection, small intestine bacterial overgrowth, and H. pylori – a bacterial infection housed in the stomach lining. He also had low testosterone. 48 to be precise. Normal is 540ish and anything below 200 causes extreme fatigue. Jesse is currently under the care of Elisabeth’s functional doctor and working on solving his low testosterone with bio-identical pellets implanted in his glute muscle. Jesse realized that functional medicine was now a part of his bottom up therapy. Functional Medicine focuses on discovering the root cause of disease, instead of covering the symptoms with prescriptions. At the time of his retirement, Jesse was using 14 medications daily just to get thru a day without pain. Today he is medication free. He only takes natural supplements suggested by his functional doctor.

Elisabeth helped Jesse to write and share the story of being wounded in action in an IED explosion/his first TBI. The story was incredibly hard to share, but when Jesse opened the wound to the world, so much light poured in. A woman named Dr. Jenny Holtslander Owens reached out on the post. Jenny was Jesse’s favorite Occupational Therapist at the Fort Campbell TBI center. After reconnecting Jenny told Jesse about how she & her husband started REBOOT Recovery, a trauma healing course, to help Veterans heal the root cause of so many of their underlying issues, such as PTSD & service-related trauma.

Jesse took a look into the program and was impressed. He knew this was the missing piece in how he wanted to serve his country going forward. Throughout his recovery, Jesse spoke to many Veterans who refused to start therapy at the VA because of the stigma towards mental health, which is so prevalent in the military community. He believed that REBOOT, being a Veteran taught course, not held at the VA campus, could help so many Veterans take the first step towards healing. Jesse decided to pay for the first course out of his own pocket. With the help and encouragement of Elisabeth, Scott and Chuck, Jesse decided to move forward and create Wounded Heroes to raise funds to provide REBOOT classes, mentoring, and connection trips to Veterans and First Responders.

Wounded Heroes mentors Veterans to create their own Whole Health Script. Modeling someone else’s script does not work, as Jesse learned with CPT vs. EMDR. Some people like to run, others like to do CrossFit. Most Veterans know that the VA system can be very hard to navigate. Wounded Heroes’ mission is to make information available on top down therapies, bottom up therapies, connection trips/events – so that Veterans can create their own Whole Health Script. Each REBOOT weekly class has a different guest speaker to provide information on topics such as fitness, diet, PTSD therapies, functional medicine, men’s health, Celebrate Recovery/AA, vocational rehabilitation, career counseling, resume writing, LinkedIn, financial planning, VA mortgages, tax & legal. 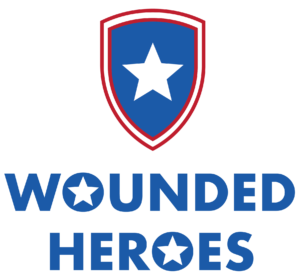 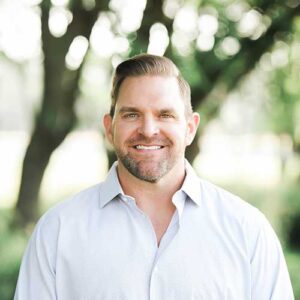 Jesse lives in Ankeny, IA with his wife Elisabeth. He is rebuilding his relationship with his 2 children, Matt and Molly. He loves competing in CrossFit events, working on his yard, and fishing. Jesse accomplished his 2020 goal to go back to work and started a new career as the Director of Sales & Business Development with Perficut, a premier landscaping company in Central Iowa.